Common Well Water Pump Problems And How To Deal With Them

Well water pumps have become one of the most important accessories in any well. They make it possible to retrieve the water without much of a hassle, and can also have the water sent to your house for ease of use. The alternative to using wells is having a bucket and rope type of system to get the water from the well, which can be time consuming and impractical.

When you buy the water well, you will obviously want it to last as long as possible and give you minimal problems. Some of the ways of guaranteeing this include choosing the right type of pump (such as a shallow well pump when the water level is less than 25 feet from the ground) as well as picking the right type of brand. In addition to that, it might also be necessary to do regular maintenance on the pump. 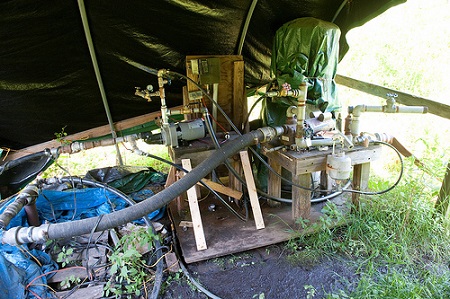 Failing to do some of these might result in an increase in the rate of pump failure. Some of the common problems that lead to failure include:

The wire leading to the pumps might short circuit, and this could lead to a failure of operation. This is usually the result of poor build quality, but improper installation can also result in this. One of the ways of checking for a short circuit is by using a multimeter, which will show very little resistance between the two wires when there is a short circuit between them. Some people might find it easy to troubleshoot the exact spot at which the short is occurring, but you are better off getting the relevant electrician or pump expert to solve the problem for you.

If your pump starts to fail, it could also be the result of some of its piping becoming clogged. This is common when mud and other debris gets into the pipes. This type of failure is often sudden, but sometimes the clogging can occur over time and may initially be unnoticeable. Either way, you will need to find the point at which the clog has taken place, and then remove it. It is also important to explore some of the ways of preventing clogging, including using a mesh to cover the end of the pipe that is under water. This will prevent any solids from getting into the pump, and will make it easier to solve clogging problems since they will always be at the end of the pipe. Proper pump installation is important in preventing the problem from occurring.

If you notice water pressure in your home’s plumbing reducing or noticing that your pump suddenly has to work harder, it could be due to the presence of a leak within the pump. The valves and other piping in the pump are vulnerable to this particularly if they are not well made. Ignoring the problem tends to result in complications such as the rest of the pump failing, and also noticing that it needs more fuel or power to run. This is a problem that should be sorted out by a pump specialist.

All in all, using high quality equipment and installing it using a quality skilled service is the best way to safeguard yourself against all these problems.